Some photos from Jon’s cello students have been posted at his Facebook Page here. Jon arranged a two cello and percussion version of Misirlou and Tamr Henna for his students. He performed on Def and Dumbek during the recital.

Recital for my cello students at the Ogle Center recital hall. 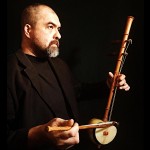